Today we are celebrating World AIDS Day. Globally it is estimated that 34 million people live with HIV. Despite the fact that there are more people with HIV than ever before, knowledge of HIV and AIDS is on the decline. The stigma related to HIV and AIDS is most often a result of ignorance about how HIV is transmitted and what it is like to live with HIV or someone who is HIV positive.

HIV and AIDS are not confined to the gay community and drug users, as it was once believed – and as many people around the world still believe. By educating ourselves and raising awareness about HIV and AIDS we can actively protect ourselves and others from getting infected.

When I returned home in mid-80’s, after having worked as a volunteer mama in an orphanage in Lesotho, the neighbour’s first question when joining me in the elevator was ’Do you now have AIDS then?’ 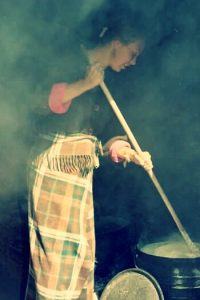 The awareness of HIV/AIDS was minimal and mostly characterised by it being plague-like and linked with Africa, gays and illicit sex. Even in Lesotho, that I had just left behind, the only official person with HIV/AIDS was a foreign national who got deported and the problem thus announced as resolved.

Awareness-raising campaigns were however soon started. At the time a big part of Lesotho’s adult males were working in the mines of South Africa, so the audiences targeted were women.

’Stick to one partner or stick to a grave’ was one line being repeated, but repeated was also the women’s reply: ’I do, but my husband working in the mines is not sticking to one partner and he is not agreeing on the use of condom either, as you advise’.

HIV on the rise since the new millennium

Worryingly, knowledge about HIV among the public is low – especially in Western countries among the young. In Finland approximately one in three of those infected with HIV don’t know that they have it – and Finland had some of the lowest HIV infections not just in the world, but in the Nordics. The primary method of transmission is unprotected sex.

Cultural and peer pressure, ignorance and stigma are the strongest facilitators of HIV infections spreading. It is important that we think seriously about HIV and what it means to live with it. This should inspire us all to be knowledgeable, realistic and practical when it comes to HIV:

Today you can live a long life even when you are HIV positive. 10-15 years ago the death rate was about 10%, today it is 1%. In Finland HIV infections are on average discovered four years after the infection has occurred. However 20% of infections are discovered in the AIDS-phase or close to the end of the HIV-infection cycle. This is credited to the fact that the infection can remain symptom free for many years.

Today, the first of December, is World AIDS Day. Every year we can only hope that more people will become aware and begin to make the choices that will prevent further infections. 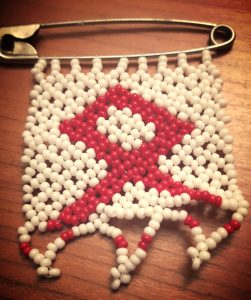